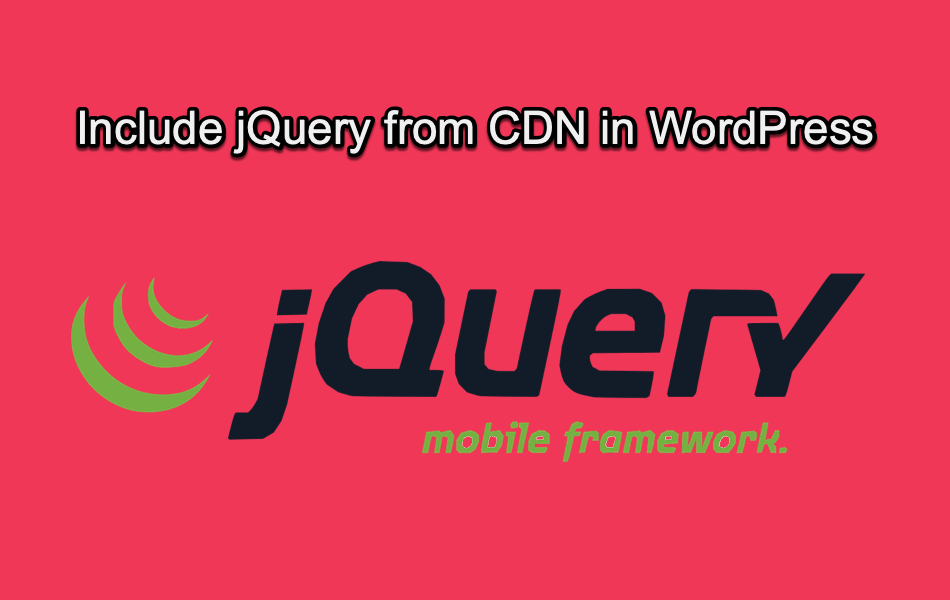 Let’s start from the very beginning. CDN (Content Delivery Network or Content Distribution Network) is the technology of geographically accurate delivery of content (files), so that the browser receives files as quickly as possible, due to close location of server to a user. Popular companies like Google, Yandex and other search engines have file delivery network of this kind. In web development such networks are often used to connect commonly used libraries, such as jQuery. Here is the reference to CDN from Google, where all the frequently used JavaScript libraries are located.

Related: How to host Google Analytics locally in WordPress to speed up your site?

Wrongly Including  jQuery in WordPress

We have noticed it many times and even did it without realizing the importance of the error while connecting jQuery in WordPress, by adding part of the document of this line in the <head>:

The error means not the stopped work but that in WordPress there is a special program method of adding scripts to the page with their functions: wp_register_script (), wp_enqueue_script (), wp_deregister_script (), etc. Such a method is needed to prevent conflicts when you connect the same script by different plugins. It is indispensable, while optimizing the file downloads to speed up loading the whole page. So, if all of the scripts are properly connected, they can be combined into one software file, and forwarded to the browser in compressed form. It is right in the end, when there is order and rules that WordPress confirms to, because if everything was done according to the rules, then when you update and change functions the single standard will quickly or even unnoticed go on to updates.

RELATED:  How to Add Missing Jetpack Widgets in WordPress?

Correct Way of Including jQuery in WordPress

Correct way of including jQuery script means using the wp_enqueue_script () function. This connection corresponds to the standard and will protect you from conflict with connection of the same script in the plugins (the script will be connected once):

Paste this code in the theme’s functions.php file. Once the code is inserted in the <head> of the page the following line appears:

Using CDN When Including jQuery in WordPress

RELATED:  How to Insert AdSense Ads in WordPress with Google Site Kit?

To including jQuery from Google CDN library, you must first mark already registered in WordPress script (the file path to jQuery) and register yours. This is done by adding the following code in functions.php file of your active theme:

jQuery-core means that the reference is replaced by jQuery script and an additional pluggable script  jqury-migrate.js is not used which is required for transition to jQuery 1.9.x version (instead of earlier versions). Including “jquery-migrate” plugin means that if you have an incompatibility errors (i.e., your code was written for earlier versions), jQuery functionality with no errors will work, and errors can be corrected as they are revealed.

As a result, we obtain the following lines in the head part of the document:

Note that WordPress 5.5 or later versions do not need jQuery Migrate.

If you do not need a plugin jquery-migrate.js, but only the jQuery, so you know what to do. To connect jQuery use the following code:

Having cancelled “jQuery” (wp_deregister_script ( 'jquery');), we automatically cancel the binding mirgate of the plugin to jQuery and register “jQuery” again. As a result, we get only the following line:

RELATED:  Why and How to Regenerate Thumbnails in WordPress?

Related: How to disable Google Fonts in WordPress to improve page loading time?

Dynamic Version of jQuery from WordPress

Thank you for reading this article. We hope it will be useful for you to include jQuery in WordPress without any problem.

We are a team of professionals create insightful content that helps to optimize and speedup WordPress websites. 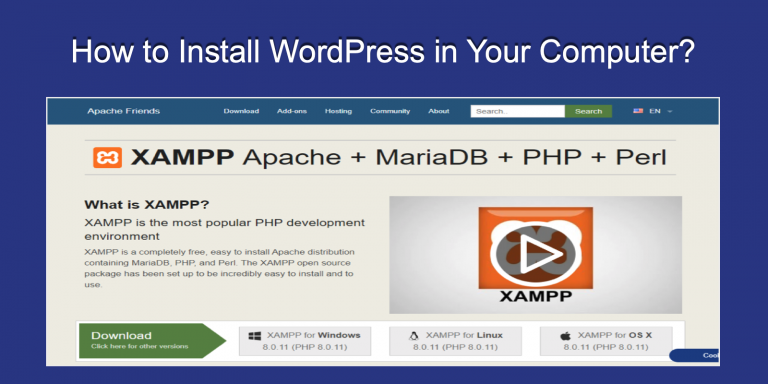 WordPress is the most popular platform that powers over one-third of the entire website on the web. To start using it to test building a… 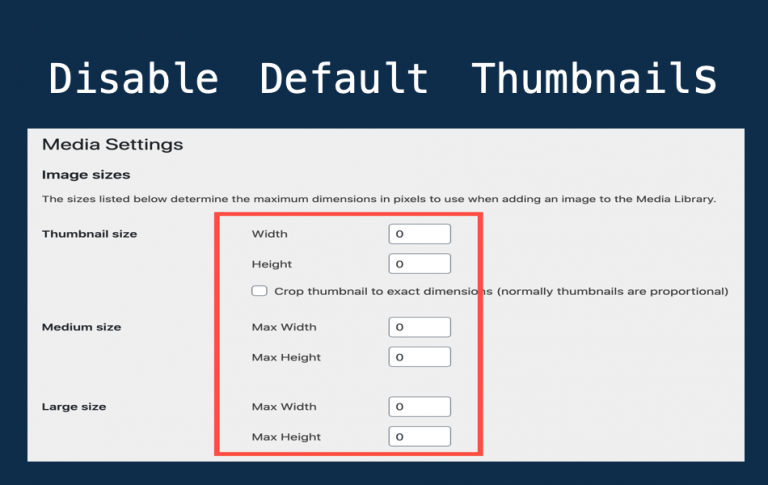 Thumbnails are variations of the original image you upload on your site. Your theme and plugins can use these thumbnails to show correct size images… 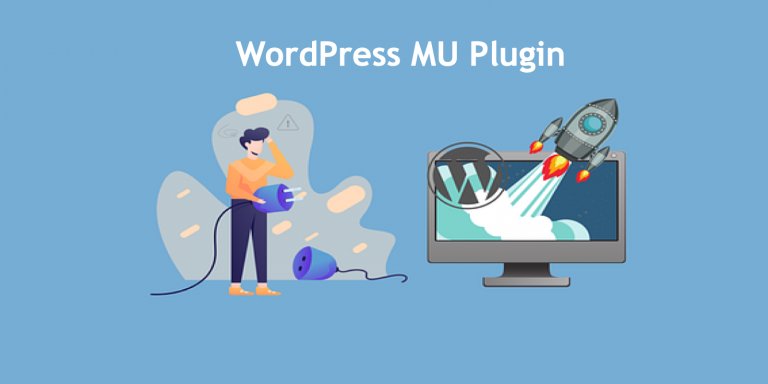 Website owners install or upload plugins on their WordPress installation. However, many of them do not aware that WordPress has different types of plugins. What… 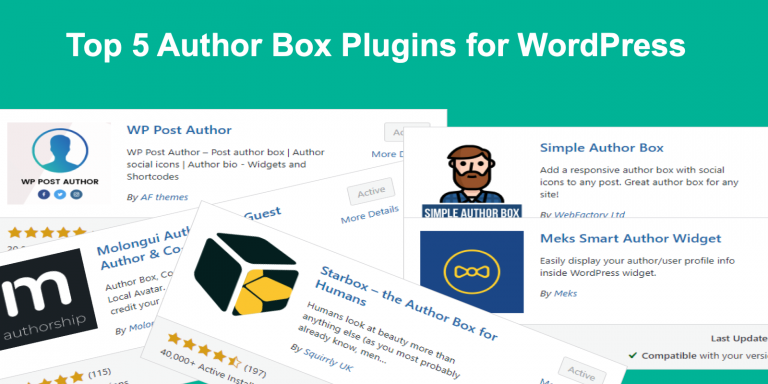 Do you want to establish a relationship with your audience, improve site authority and even allure guest writers to your WordPress site? Then, adding an… 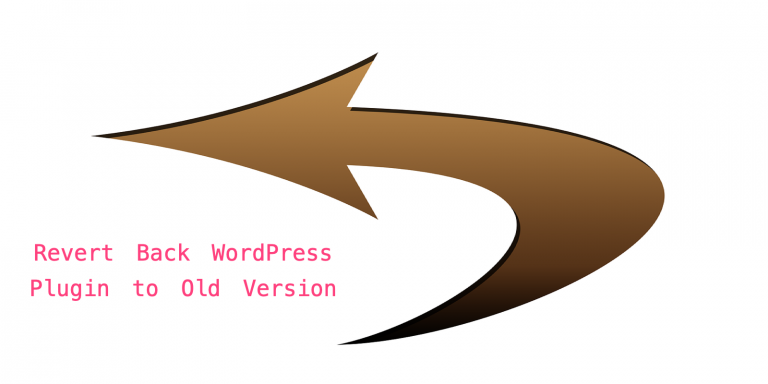 WordPress is a complex content management system that needs to keep things up to date. You need to update theme, plugins and core WordPress frequently… 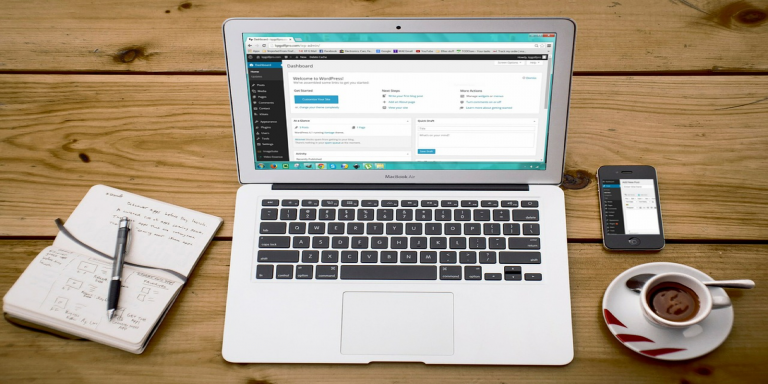 SiteGround is one of the most popular managed WordPress hosting companies for new bloggers. WordPress.org community also officially recommends SiteGround for hosting setup. SiteGround will…